It’s been awhile.  Exactly one year since my last blog post; which, in turn, was about a year and a half after the post before that.

My life took many sudden and significant turns over the past few years.  Unfortunately, that led to the neglect and abandonment of this blog.

But I think it’s time for a new start.

I’m finally seeing a therapist for my depression and anxiety.  I’m the aunt to an incredible little toddler.  I’m dating an amazing woman who makes me want to be a better person.  I have a good job in a great city.  I feel more like “me” than I have in a long while.

Sure, there are many things with which I am still struggling; but for the most part, things in my life have become much more stable and trending towards some semblance of happiness.  So I am using this opportunity to further push myself to be better.

I want to challenge myself.

I want to reinvigorate my faith.

I want to learn more about the things that intrigue me.

I want to get back into writing more regularly.

I want to explore and enjoy more of what life has to offer.

I want to further delve into what makes me “me,” and how I can share the unique aspects of myself with others who might appreciate them. 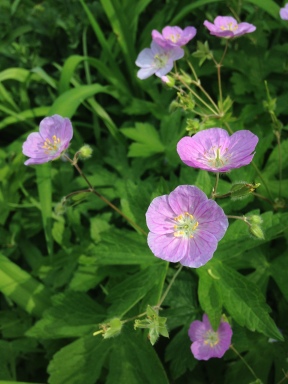 While I haven’t quite figured out what the rebirth of this blog will ultimately be, I’m excited to tap into whatever comes from it.

The tagline of this blog reads:

I’m sure I’ll be writing about many of the same types of things I wrote about when I started blogging, since many of those topics still interest me.  But I have also grown and changed over the past few years.

My hope is that through this blog, I can capture some of that continued growth and change in the days to come.  That doesn’t mean that there won’t be a lot of fun and silliness along the way; I live for fun and silliness.  But life is a curious, surprising, ever-changing, incredible thing; I hope to capture even just the barest sliver of that as I share with you all here.

Thanks for joining me along the journey. 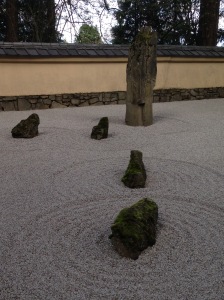 It’s been 577 days since my last blog post.  Here’s what has happened since then…

All in all, the past year and a half has been an absolute rollercoaster.  There have been amazing highs and devastating lows.  But, hey, that’s life, isn’t it?

It feels good to be back.  I hope to return to posting somewhat frequently, now that things seem to be settling down.

Here’s to the next 577 days!  They may bring joy, they may bring pain; but whatever may come, I’ll just keep moving forward…

Heyyyyyy… Remember when I made a New Year’s Resolution to write up at least one blog post per week and then didn’t put one up in the first week after said resolution was made??  Classic! 😛

At any rate, this past Sunday night was the Golden Globes ceremony.  I don’t put much stock into awards shows, and Sunday’s fare was pretty boring, in my opinion. But I did get super excited when Rachel Bloom won Best Actress in a Television Series Musical/Comedy for her work on The CW’s Crazy Ex-Girlfriend! 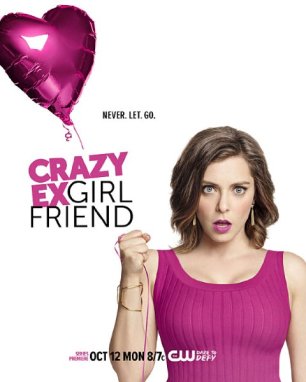 Crazy-Ex Girlfriend is a strange little show that seems to have flown underneath most people’s radars since its debut last fall.  Bloom –who co-created the show along with The Devil Wears Prada writer, Aline Brosh McKenna — stars as Rebecca Bunch, a New York lawyer who struggles with depression and a sense of unfulfillment in life despite her successful career.  When she randomly runs into an old childhood sweetheart named Josh Chan (played by Vincent Rodriguez III), she impulsively decides to move to his hometown of West Covina, California.  …But not because Josh lives there!  It’s totally just a coincidence.  Yeah…

END_OF_DOCUMENT_TOKEN_TO_BE_REPLACED

Over the past few months, I’ve been learning the art of writing comic book scripts.  I’m currently working with a writing partner and artist (the collaborative project I alluded to back in August) on an original series that we hope to shop around and/or crowdfund sometime next year, as well as a few scripts on my own.

In my early career as an indie comic creator, one great resource has been /r/ComicBookCollabs on Reddit.  The subreddit moderator there posed 22 pages a month as the New Year’s Resolution challenge to the community.  22 pages is the length of an average issue, so fulfilling this task would be comparable to the work one would do on a monthly comic.

I’ve really enjoyed writing comic scripts so far.  As far as resolutions go, this one is great in that I’m actually excited and raring to start!  Should be a fun way to get into a monthly comic mindset, especially with the community accountability through /r/ComicBookCollabs.

I know, I know.  I’m terrible at keeping a steady blog schedule.  Some months I’ll post a bunch, and then I’ll disappear for weeks at a time.   The worst.

So we’ll keep it simple: One blog post a week.  That should be manageable, right?

3. Write “something” every single day

As someone who fancies herself a writer, I’m not very good about writing.  Sure, I do a lot of brainstorming and note-taking and researching and planning.  But the actual creation of content?  The actual sit-down-and-write-ing of it all?  I’m pretty bad at doing that daily.

The thing about resolutions is that they’re useless without accountability.  I could very well promise to do all of these things and let them slide without anyone knowing.  Especially since (apart from this blog and short responses to prompts on Reddit) I am unpublished as a writer.

So instead of hiding away due to fear of being inadequate, I’m going to start sharing my creations with the public.  While I have high hopes for the comic project I am working on with the aforementioned team, I’ll probably start producing content on my own before that gets off the ground.

Haven’t quite figured out how I want to start sharing content yet.  Current thoughts are: submitting short prose pieces and/or comic scripts to online publishers or anthologies with open submissions, writing and producing a low-budget audio-drama, or making a webcomic with my mediocre art skills.  I have already started working on all of these possibilities (my fear of inadequacy has not yet overcome the early stage of creative optimism), and hope to get “something” out as an example of my work within the next year.  There’s a high probability that many of these ideas will crash and burn (e.g., while I’ve done some amateur voice acting, I know next to nothing about sound production, so the audio drama thing may be a complete pipe-dream without garnering a lot of extra help), but they all really interest me & pique my creative spirit.  So I’ll keep exploring all my options until something sticks.  If all else fails, I may just start posting short fiction here on the blog.  Guess we’ll see!

I’ve always believed in the idea that to be a creator of good content, you should also be a consumer of it.  This year, I watched a lot of television and movies, listened to a lot of podcasts, and (in the latter months) read quite a few comics.  The amount of book reading I did, however, was unfortunately rather slim.

Books were my first love.  They were my gateway to imagination and creativity, and it saddens me to realize how few novels I actually finished this year.  I constantly buy books; my shelf overflows with each addition to my To-Read list.  I hope this next year I can put a dent in that list.

I’ve really delved into reading comic books this past year, which has been a blast.  I’m currently into a lot of Image and Marvel titles (and signed up for Marvel Unlimited, which is awesome), and hope to read more indie & DC series next year as well.

Since I’m newish to the whole scene, I’ve basically been binging on comic books, and don’t see me slowing down anytime soon.  So I don’t think I’ll put a benchmark goal on that.  In regards to prose novels though… maybe a book a month?  That should be manageable, right?  I know many people put their reading goals way above that, but given the amount of writing I hope to do and my propensity for procrastinating/making poor use of my time, I’ll set the bar at a lower, more reasonable setting for me personally.

So, those are my writing resolutions for 2016!

Hopefully this blog will keep me accountable.  I’ll try to check in every once and awhile to let you know how things are going 🙂 How about you?  Any writing-centric New Year’s Resolutions?  Let me know in the comments!

Hope you have a wonderful time with you and yours this holiday season! 🙂

You heard that right, folks.  The first FOUR episodes of Syfy’s The Expanse are now available for streaming on Syfy.com!

Some theorize that the episodes are now being released officially by Syfy in response to them being accidentally leaked early on Comcast.  So that’s kind of a shame.  But on the other hand, this might lead to an early swell in viewership, creating a steady fanbase right off the bat.

But whatever.  The important thing now is that they’re here.  I’ve been looking forward to this series ever since I picked up the first book last year, and really loved the pilot episode.  Can’t wait to see the rest of it!

Now if you will excuse me, I’m off to binge-watch! 😀

Hello all!  My brain is still in vacation-mode coming off of Thanksgiving, so I’ve yet to regain any motivation to write a “real” blog post this week.  I’ll try to put something out in the next few days, but until then, here are some stream-of-consciousness rambles about my extended holiday weekend:

Now I’m back at work, and with this post, gradually easing back into writing.  Alongside making progress on some other creative endeavors, I hope to get some more blog posts out by week’s end.  So until then… See you, space cowboys!

1 Oh come, let us sing to the Lord;
let us make a joyful noise to the rock of our salvation!
2 Let us come into his presence with thanksgiving;
let us make a joyful noise to him with songs of praise!
3 For the Lord is a great God,
and a great King above all gods.
4 In his hand are the depths of the earth;
the heights of the mountains are his also.
5 The sea is his, for he made it,
and his hands formed the dry land.
6 Oh come, let us worship and bow down;
let us kneel before the Lord, our Maker!
7 For he is our God,
and we are the people of his pasture,
and the sheep of his hand.

Well, it’s official.  I survived my Jessica Jones marathon.  I started at 4 am Friday, November 20th and finished around 1:30 am Saturday, November 21st.  Considering I took time to write a blog snippet after each episode and took breaks to run errands, eat meals, etc., I made pretty good time!  Still counts as a #OneDayJJ success 😉

But enough patting myself on the back.  Let’s get to the good stuff… 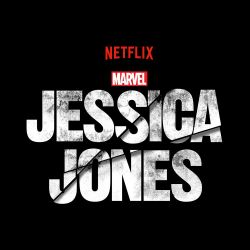 Welcome to the the fifth and final part of the Jessica Jones Binge-Watch and Blog-Along!  This post will cover Episode 13 and some thoughts on the series as a whole. You can find reviews & reactions to previous episodes in Parts One, Two, Three, and Four.

END_OF_DOCUMENT_TOKEN_TO_BE_REPLACED

Welcome to the Part Four of the Jessica Jones Binge-Watch and Blog-Along!  This post will cover Episodes 10 through 12. You can find reviews & reactions to previous episodes in Parts One, Two, and Three. 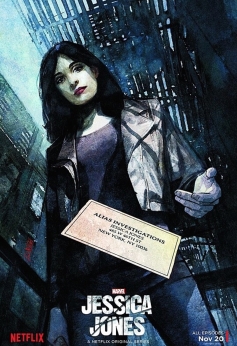